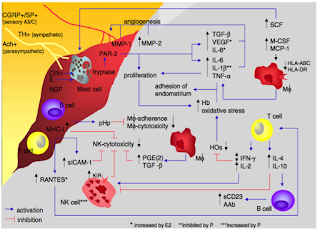 What can I say? It's complicated.


Endometriosis is an inflammatory disease, so a lot of people have questions about blood tests that look at inflammation. Let's look at what inflammatory markers are and specifically at CRP:

"Serum proteins that are produced in response to inflammation can be referred to as inflammatory markers. These proteins are mainly produced by the liver in response to stress and can also be called acute phase reactants. Pro-inflammatory cytokines such as IL-1, IL-6, and TNF-alpha induce synthesis of some acute phase reactants that include CRP, fibrinogen and haptoglobin. Other proteins, like albumin, are not sensitive to inflammatory cytokines for increased synthesis; instead chronic stress (inflammation) results in a lower synthesis rate with resultant decreased serum concentrations. The inflammatory markers are not diagnostic of inflammation, but reflect abnormalities that are seen in autoimmune diseases, infections, malignancies and other illnesses.

"C-reactive protein (CRP/CRP-high sensitivity) was discovered and named for its reactivity to the C polysaccharide in the cell wall of S. pneumoniae. CRP, an innate immune protein, helps opsonize pathogens for phagocytosis and activates the complement system. CRP production is under the control of IL-1, IL-6, and TNF-alpha. Changes in serum CRP concentration change more quickly than ESR and therefore CRP may be a better reflection of current inflammation. Unlike the ESR, CRP is a fairly stable serum protein whose measurement is not time-sensitive and is not affected by other serum components. The magnitude of inflammation directly relates to the concentration of CRP. Levels < 0.2 mg/dl are considered normal, while those >1.0 mg/dL are suggestive off inflammation and/or infection. More recently, the use of high sensitivity CRP has been utilized. This test may better quantify lower levels of inflammation and has been important in evaluating cardiac disease and other inflammatory states.2, 3" http://www.ncbi.nlm.nih.gov/pmc/articles/PMC2832720/?report=reader

So what does this have to do with endometriosis?

The findings suggested that measurement of this marker in patients’ serum or plasma cannot be used to diagnose endometriosis. It is further recommended that a combination of different markers might be helpful in this regard that could be studied in future."
http://www.ncbi.nlm.nih.gov/pmc/articles/PMC3696960/
So we may not see an increase in the blood test but there is a difference in the peritoneal samples:
"Compared to the control group, the CRP level of the peritoneal fluid were higher in patients with endometriosis (p<0.05). Pelvic endometriosis is a chronic inflammatory disease that is in association with a general inflammatory response in the peritoneal cavity.[34,35] This disease is known to have an immunological background.[36] Macrophage constitutes 82- 99% of the all the cell population of peritoneal fluid.[37–39] Literature has repeatedly reported an increase of total peritoneal fluid cell numbers, cell concentration and macrophages in endometriosis patients in compare to the control.[40–43] The study of Dunselman et al. also confirmed that there is an increase in the number and concentration of peritoneal cells in patients with endometriosis as compared to the control group.[38]" http://www.ncbi.nlm.nih.gov/pmc/articles/PMC3696960/
While we're on the subject, let's discuss CA-125 levels:
It's a test that looks at markers for certain cancers, but if your doctor orders it and it's high, don't let it scare you. "...many noncancerous conditions can increase the CA 125 level.
Many different conditions can cause an increase in CA 125, including normal conditions, such as menstruation, and noncancerous conditions, such as uterine fibroids." http://www.mayoclinic.org/tests-procedures/ca-125-test/basics/definition/prc-20009524 It can also be high in people with endometriosis: "Studies published since continue to demonstrate a correlation between raised CA125 levels and endometriosis (Abrao et al., 1999; Somigliana et al., 2004; Agic et al., 2008; Seeber et al., 2008), and some imply a correlation with stage of disease (Chen et al., 1998; Amaral et al., 2006; Martinez et al., 2007; Rosa e Silva et al., 2007). One study has indicated that CA125 may be more accurate at diagnosing women with later stages of disease, in concordance with the review by Mol (Maiorana et al., 2007)." http://humupd.oxfordjournals.org/content/16/6/651.full

Remember, all these tests might be a mere indication of endometriosis, but they are very nonspecific. The only way to accurately diagnose endometriosis is through surgery.


Researchers set out to detect and quantify mast cells in peritoneal, ovarian, and deep infiltrating endometriosis and to study the relationship between mast cells and nerves in endometriosis.

For a lot more on peripheral biomarkers of endometriosis see: http://humupd.oxfordjournals.org/content/16/6/651.full

"Endometriotic lesion removal significantly alters the inflammatory profile both locally and systemically in women with endometriosis. Our findings indicate that ectopic lesions are the major drivers of systemic inflammation in endometriosis." http://www.ncbi.nlm.nih.gov/pubmed/26698677
Posted by Like A Tree at 7:40 AM

A few things that have helped me

Everyone is different with what will help them feel better. For me, a healthy diet with some specific changes and yoga are what I have found help me the most.
Specific diet changes include going gluten free (there has been research to support  this in endo patients- http://endocomprehensive.blogspot.com/2014/03/gluten-free-and-endo.html), eating food as close to nature as possible/least processed, avoiding my trigger foods (lactose, gluten, cruciferous veggies, etc- see the FODMAPs diet for IBS), and reducing sugary foods/bad carbs.
I also found the following items the most helpful to include in my diet: 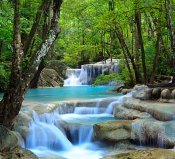 Plenty of clear fresh water. Add in some lemon. Spring water seems to help the most, but I have a water filter too.

Blueberries (probably any berry would be good) 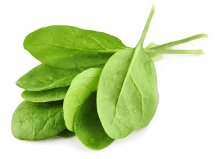 Spinach. I don't whether it's the iron, the magnesium, or what, but organic spinach helps. 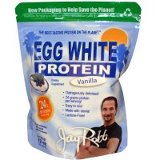 Egg white protein powder. I make a smoothie with this and spinach and I can tell I feel better. I have wondered if the l glutamine helps my gut. I can tell a difference between the egg white versus the whey.

I think the extra B vitamins and perhaps the low dose of vitex in this drink mix help. I drink it in the morning in my green tea. 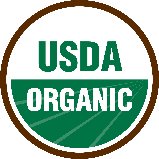 Again, eating organic whenever possible, seems to help.
Again, these are things that have helped me and are not recommendations for what will work with anyone else. I can't say it made my endometriosis better, but it did help my health overall and improve my ability to deal with my endo and its ramifications.
PS Here's a link to some of the yoga poses I find most helpful to me: http://endocomprehensive.blogspot.com/2014/07/my-current-yoga-poses-that-help.html ﻿
Posted by Like A Tree at 10:50 AM

Revive From Ashes And Rise